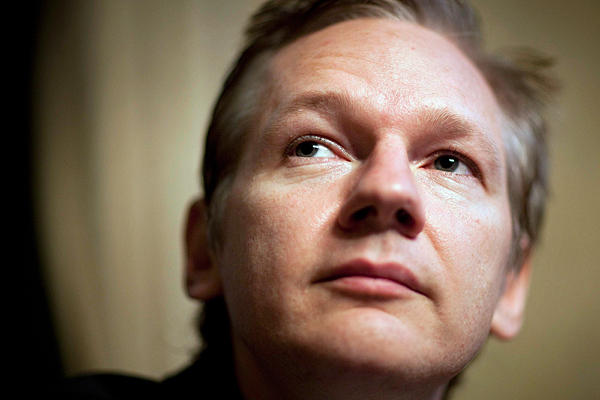 As he outrages and embarrasses world leaders by leaking secret US diplomatic cables - and continues to face down allegations of sex offences - Mr Assange has been chosen by the foundation to receive a rare gold medal for peace with justice.  The honour, previously given only to the Dalai Lama, Mr Mandela and Japanese lay Buddhist leader Daisaku Ikeda in the foundation's 14-year history, has been bestowed for Mr Assange's "exceptional courage and initiative in pursuit of human rights". Advertisement: Story continues below  Foundation director Stuart Rees said today the Australian's work had challenged the old order of power in politics and journalism.  "Peace from our point of view is really about justice, fairness and the attainment of human rights," Professor Rees said.  "Assange has championed people's right to know and has challenged the centuries-old tradition that governments are entitled to keep the public in a state of ignorance."  Mr Assange was informed of the award last month and said it would be an "enormous pleasure and honour" to receive it, Professor Rees said.  The gold medal is distinct from the annual Sydney Peace Prize awarded by the foundation.  By leaking thousands of US diplomatic cables, Mr Assange had made a historically significant contribution to the operation of democracy, the Sydney Peace Foundation's executive decided.  "WikiLeaks has exposed the extent to which governments, the military and business all over the world have used secrecy to cloak their real intentions and activities," it said.  Professor Rees said Mr Assange's work was in the tradition of Tom Paine's Rights of Man and Daniel Ellsberg's Pentagon Papers - "challenging the old order of power in politics and in journalism".  "In the Paine, Ellsberg and Assange cases, those in power moved quickly to silence their critics even by perverting the course of justice," he said in a statement.  Mr Assange remains in Britain on bail and under house arrest awaiting a court decision on whether he should be extradited to Sweden to face sexual assault allegations.  The foundation said the award would be presented to him in Sydney in mid-May or at a ceremony in London later in the year, depending on his whereabouts.  Professor Rees said the organisation would do everything necessary to ensure the award was given to Mr Assange in person.  Each of the previous gold medal recipients had been given their awards in face-to-face ceremonies, he said.  "Even if we have to travel secretly and announce the award later, we will do that," Professor Rees said.  The Sydney Peace Foundation is a not-for-profit organisation set up in 1998 within the University of Sydney and aims to promote peace and justice in Australia.
Source
Tweet
Labels: news
Newer Post Older Post Home