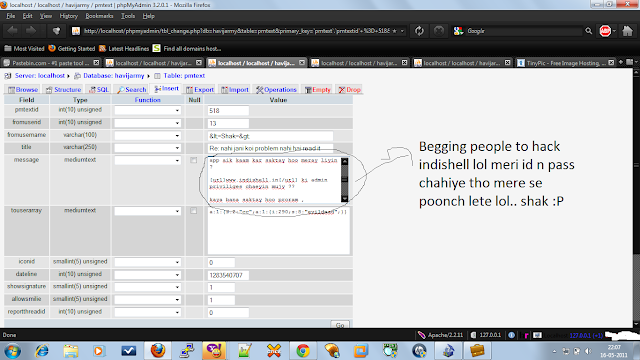 so if you don't know who is shak here ?so shak is the admin of this hacked website called pakcyberarmy.net
so , now
the hacker from Indian Cyber Army [Indishell] has explained more about it's Admin's Activity On That site.
so according to the Hacker From Indian cyber army LuCkY :
"Well Well Well Sorry Guys for late update was been buzy in some work.. the so called lead of pca aka havij army of pakistan. he is a biggest noob who'z stealing money from people in name of ECH or what ever he is taking money from people. While That shit was hacked by us couple of days ago i was just going through there database and found this he was dealing with one of his member in his website via pm's that he will teach him CEH and asking him to pay the money of 8,000 Here are the details of that shit ...."
Read Full From the Source