Now you can Watch all New Episodes of your Favorite Tv Shows on YouTube ! 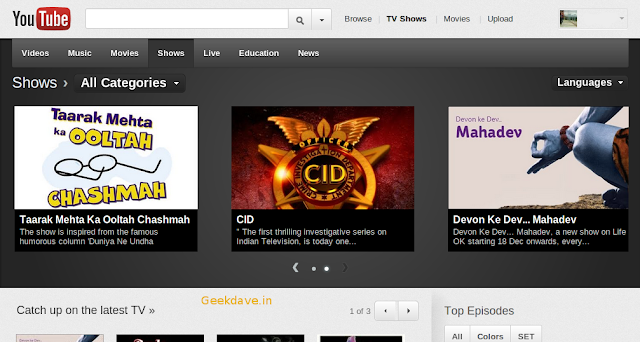 Hello guys,
it's a Good news for Tv Serial watchers and  for The Followers of Tv shows.