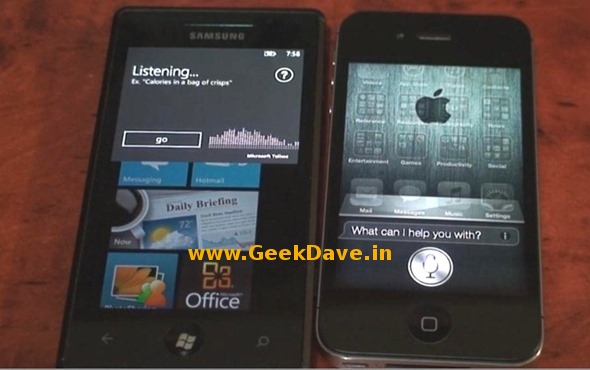 hello guys,
who don't need a golden mobile ?
which can do anything (with some limitations), whatever you say.. like your pet !
yes i'm talking about  The Personal Voice Assistant .
you might be knowing about a most popular
Mobile Voice Assistant called "siri" :
Siri is an intelligent personal assistant and knowledge navigator which works as an application for Apple's iOS.   that's why people are crazy to buy apple's iphone 4s . 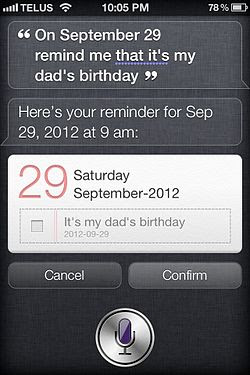 The results speak for itself !
Siri won this Game !