Home » » Is your cell phone works as #spy! Letstalk

Is your cell phone works as #spy! Letstalk 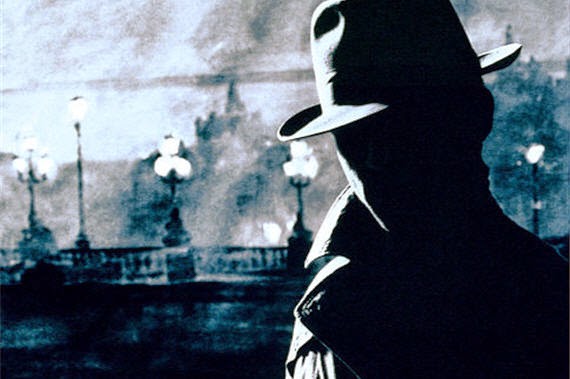 The topic that is your cell phone works as spy! Is different to each individual. In a easiest way it can be defined as a device to monitor a particular place or a person constantly. It depends on the people that how they use their cell phone. Now a days there are so many of technology to track others activities over the time. There are two or three or even more cell phones like Android Samsung Blackberry are present which can easily work as spy. With this technology one can easily track every message or any kind of notes in text format along with date and time which has been deleted from a target phone. In a restricted area where camera is not allowed to take pictures people can easily take pictures by their cell phones.


So here cell phone works as a spy. Parents can easily track their children’s activities over the phone like to whom they messaged, called by simply using spying software which is present in most of the cell phones. They can easily track their children’s current location by using Google map with the help of cell phone. So there is basically a number of ways to track ones cell phone. It is simply done by installing software on the phone.
There is a new technology named GPS tracking facility by which we can track someone within 50 feet of its location. There are so many of spy cell phone gadgets available in the market. All of them have a same common objective that is to locate a person or a place. People can use cell phone as spy when they are in a meeting to record what is being said. They can also leave the room by keeping the cell phone in the room to know what is being said in their behind. One can easily install the software secretly to ones phone. People can also use spy software installed cell phone as a hidden camera. In this case those cell phones will be able to capture a video or images to a particular range. Now-a-days more advanced devices are there which can easily capture the sound as well. One can easily track ones movement by simply using these kinds of cell phones. There are so much of spy installed cell phones but few of them are best. Even all the cell phone does not support this facility with the help of these kind of cell phones people are able to track ones location, text message email call history and many other features.

But there is some negatives points also like it’s been like hell if a person is continuously tracked by his Boss or spouse. Even in some of the countries these types of cell phone gadgets are not allowed to use. As it is installed to ones cell phone without their prior knowledge it is a serious crime. But there are a some steps to remove this application from the cell phone. If a person comes to know that his or her phone is installed with spy software the person can removes this application from the cell phone by following some steps. One can easily locate if there is any kind of unauthorized access to his or her cell phone.
So there are some good points and some bad points of using spy software installed cell phones. It should be used in a proper way. One can easily lock their cell phones by using a password so that any one cannot install spy software on his phone. One should update their operating system to remove spy software from their cell phones. So basically it depends on an individual how they use it but point is that it should be used in a fruitful manner so that any unwanted receiver cannot be trapped by it.
About The Author:
Rakesh is an internet marketer and owner/founder of himwebsolutions.in and teechymantra.com.
He loves to writing about guest post services and latest updates of Google to increase website traffic.
You can follow him here